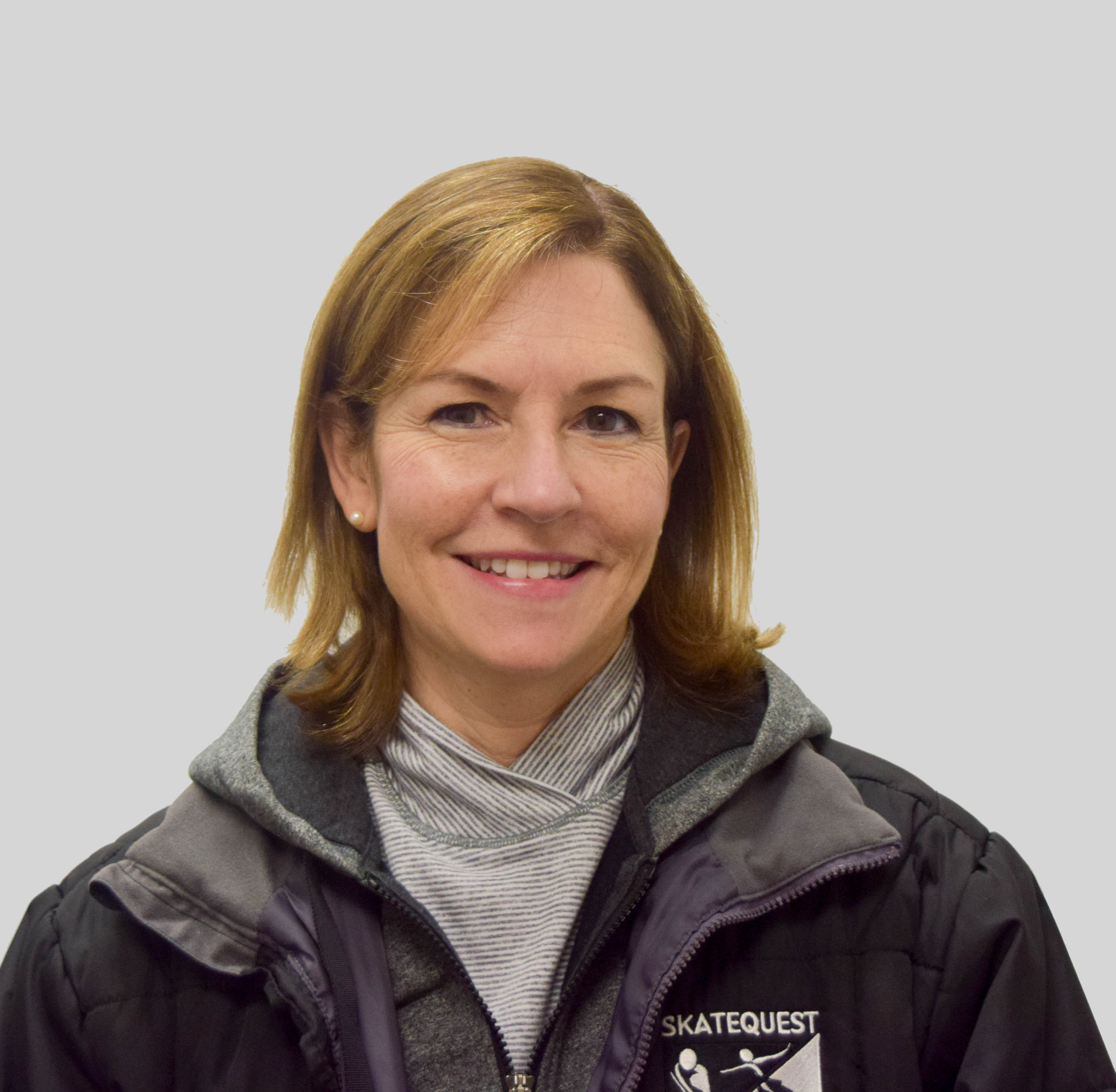 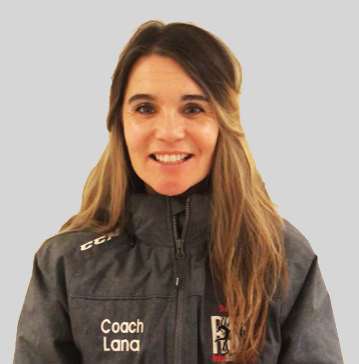 Coach Lana is a mother of 2 and with over 25 years skating experience, has been a coach with Skatequest for the past 12 years. To this day, she continues to skate for self enjoyment while attaining certifications through the Professional Skaters Association. As a complement to these, she is also a Certified Personal Trainer and Performance Enhancement Specialist (NASM-PES) with the National Academy of Sports Medicine. Coach Lana takes great pleasure in learning the biomechanics of figure skating, and desires to teach this in a simple, enjoyable way. Her goal is to help students of all ages, not just learn to skate, but develop a love and understanding of how our bodies perform the amazing feats that ice skating has to offer.  She is a current member of PSA, WFSC, USFSA. 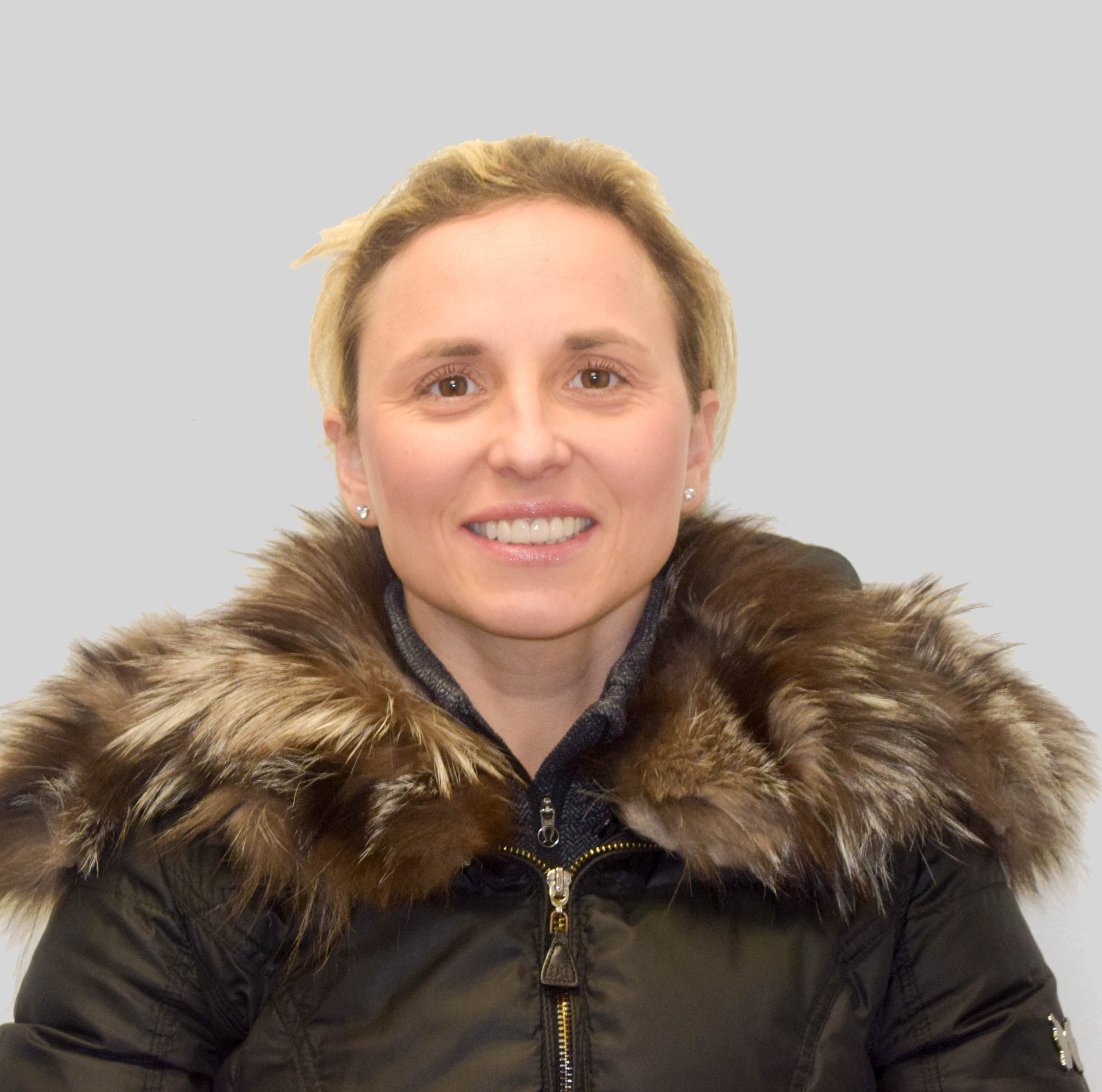 She is a 2 time Olympic, 10 time World and many times International competitor. She was a Gold Medalist at the ISU Grand Prix of NHK Trophy, Grand Prix Final and 4 Continents. She has 30 years skating experience and 12 years teaching experience. She is a U.S. Junior National and International level coach. She has a Bachelor’s Degree in Physical Education. She is available to teach all levels and ages. She is a member of USFS, PSA and ISI. 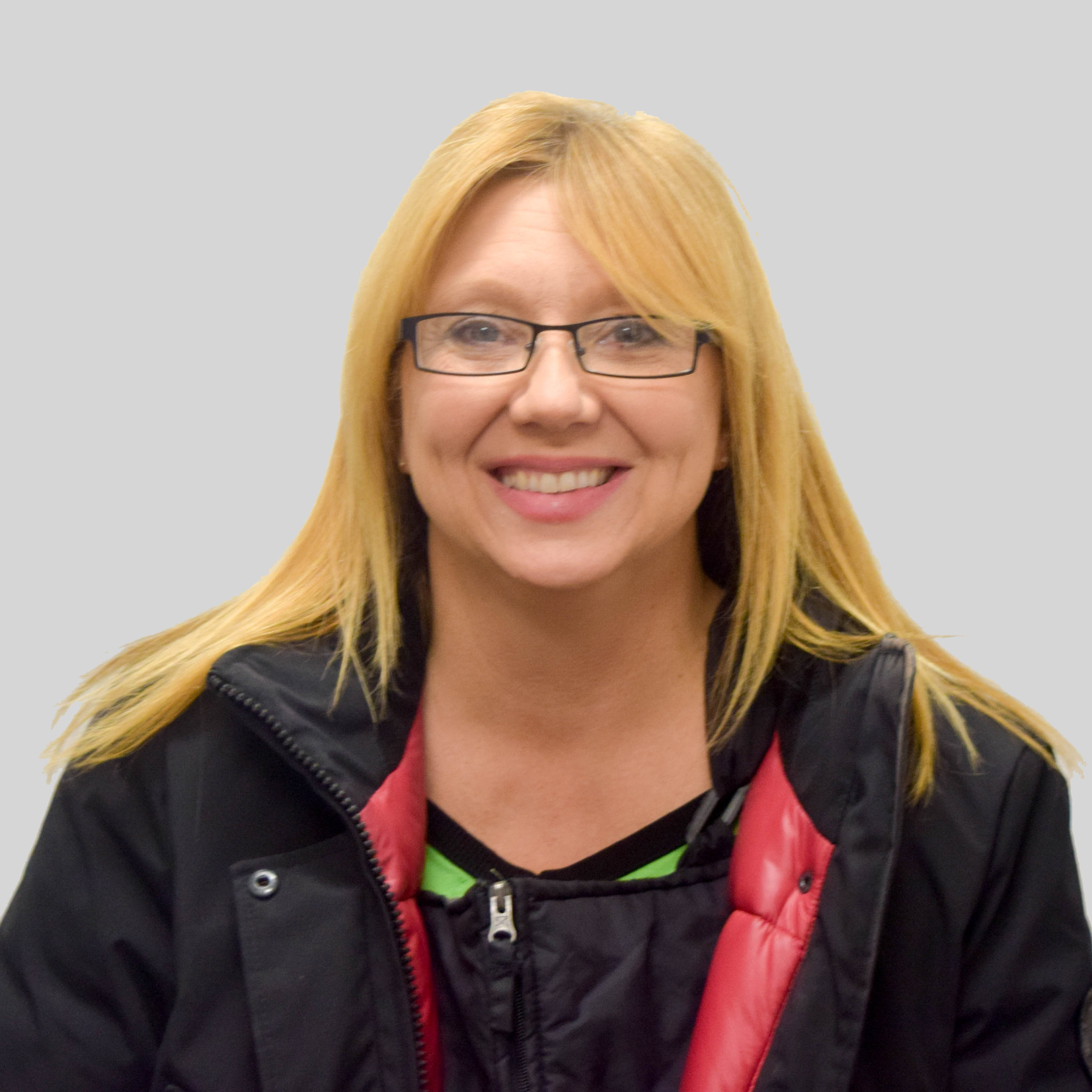 Born and raised in Canada, she has been a SkateQuest coach for 10 years. A nationally ranked Synchronized skater she teaches ages 2 through adult and specializes in special needs skaters. She holds one National Bronze Medal and two National Silver Medals (Canadian National Synchronized Skating Championships & USA National Synchronized Skating Championships). She is a CFSA Senior silver ice dancer available to teach basic skills, Freestyle, hockey drills, prelim dances/MIF and choreography. She is a USFS Category B Coach and a member of PSA, USFS and Learn to Skate USA. Her focus is to help each student achieve their skating goals by giving them the solid basic skating fundamentals that will assist them in whatever skating discipline they choose. 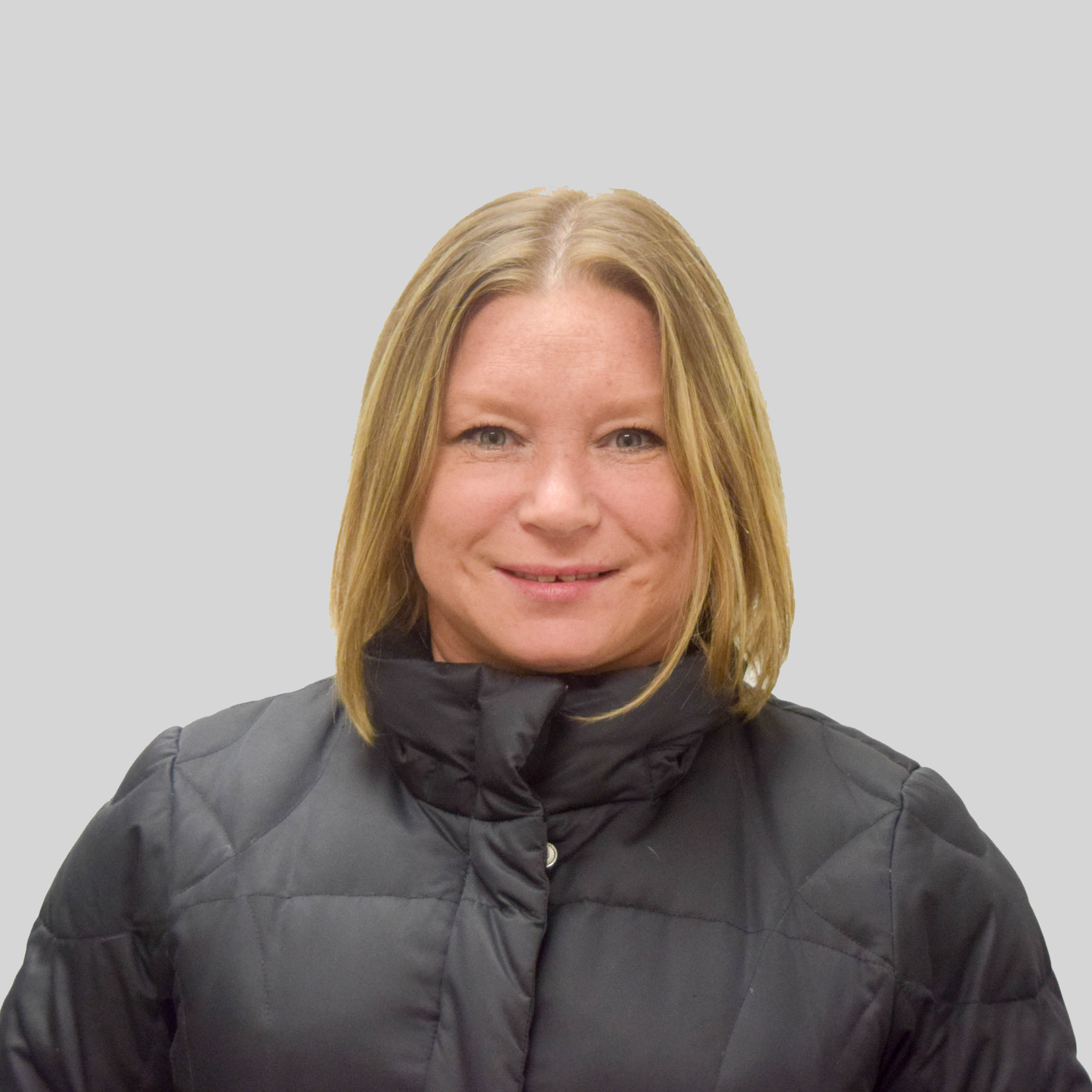 She is a Russian National Junior Pairs champion, Junior Worlds Bronze Medalist, International competitor, and a member of a Russian National team for six years. She was a principal skater with Disney on Ice, Moscow on Ice, and Russian All Stars. She has 20 years of teaching experience and has worked with National, International, World and Olympic skaters. She specializes in Freestyle, Pairs, and Moves in the Field. 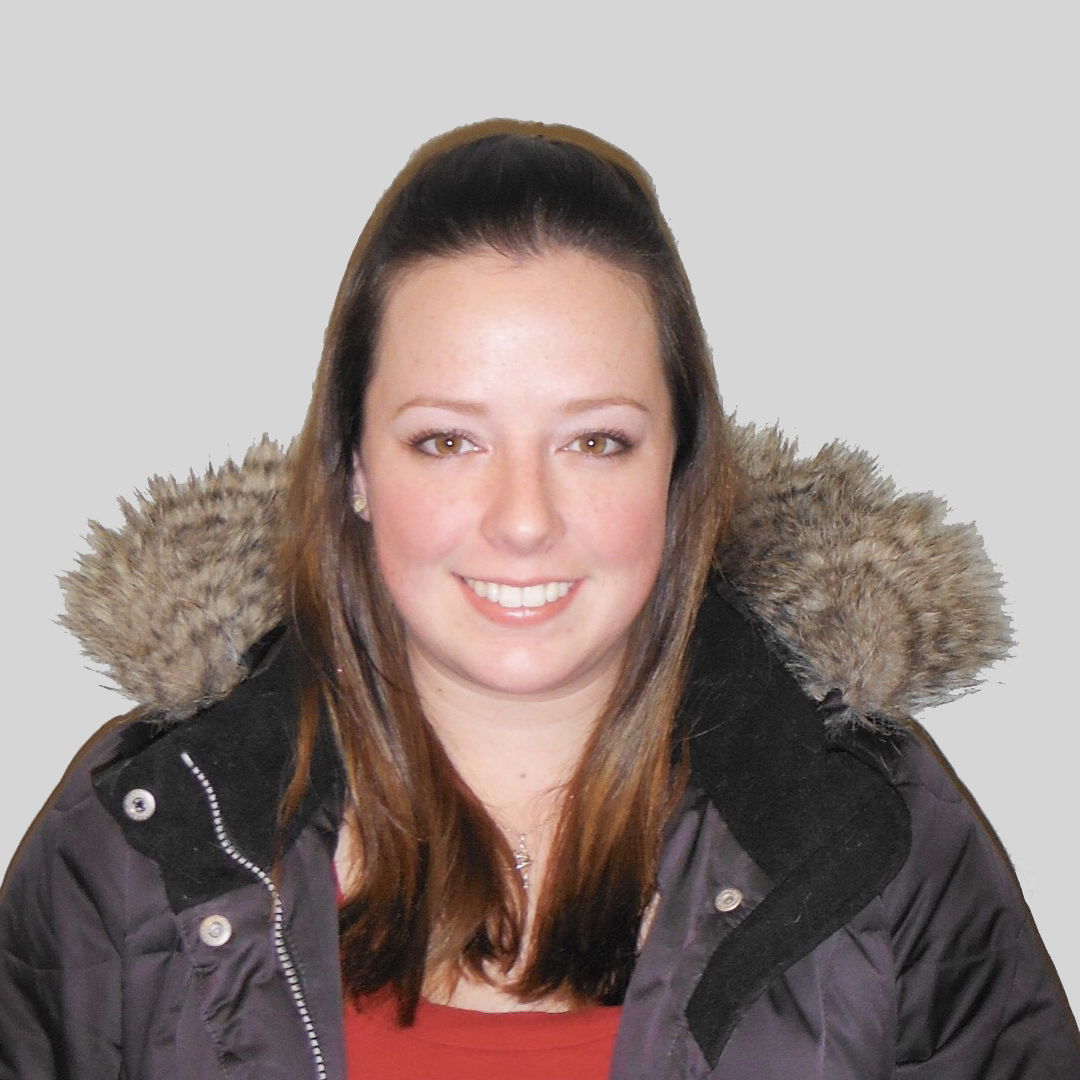 Megan’s passion for skating began when she stepped on the ice at age 5! She is a USFSA Gold Medalist in both Freestyle and Moves of the Field.  She is a member of PSA, USFS, and WFSC. Megan was a South Atlantic Regional medalist and an Eastern Sectional Championships competitor. She graduated from George Mason University with a B.S. in Psychology and a Minor in Dance. A coach at SkateQuest for the past ten years, Megan teaches all levels of Freestyle and Moves of the Field, as well as choreography and off-ice training. 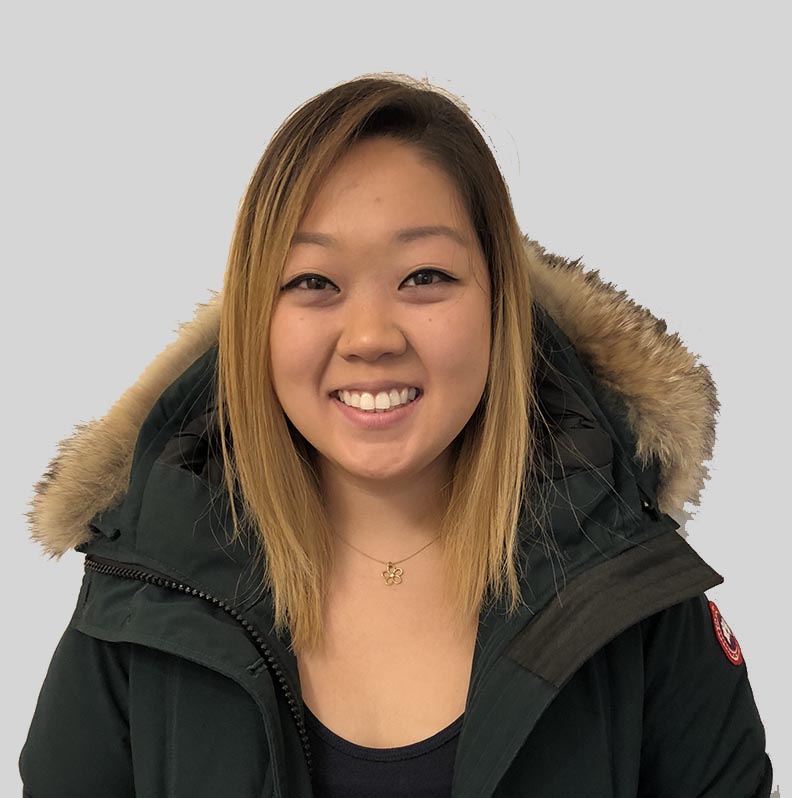 Jennifer grew up in Northern Virginia and started skating at the age of five. She has 11 years of competitive skating experience, during which she was a regional, sectional and junior national level skater. She is a USFS double gold medalist in Moves in the Field and Freestyle. She has 12 years of coaching experience and is available to teach all levels and ages.

Jennifer is also a member of USFS and PSA. Additionally, she earned a B.A. in history from George Mason University. 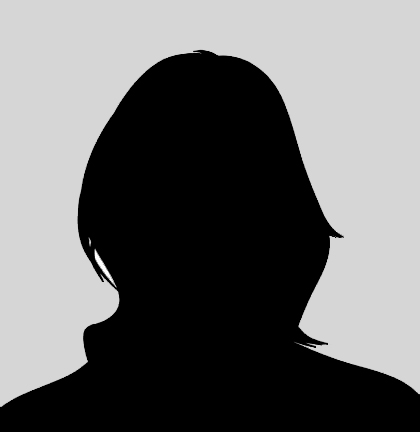 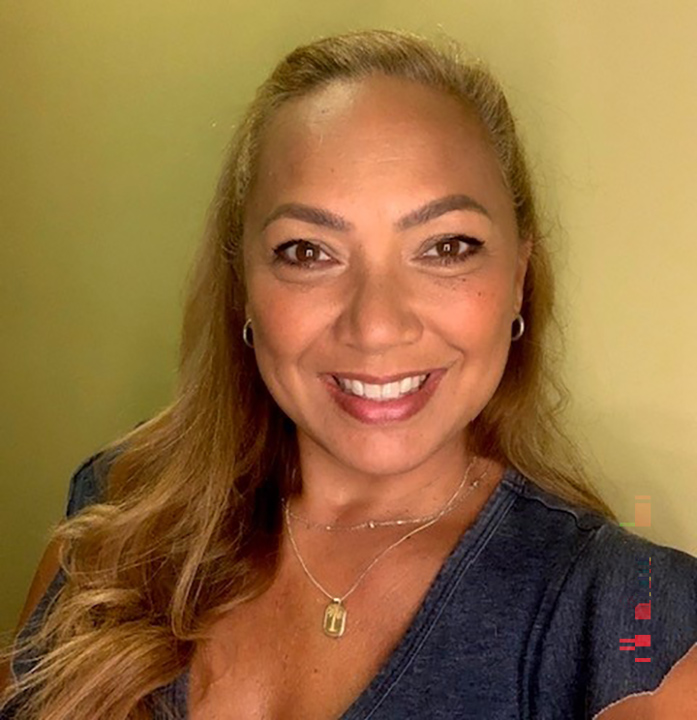 Jennifer Schneble has over 22 years of coaching experience and is an International Figure Skating Coach & Choreographer. She is a former competitor in Singles & Ice Dance holding a USFS Gold & International Medal in Ice Dance & Free Dance, & Silver Medal in Freestyle & Figures. She is a 5-time German National Champion & a 5-time World & European Championships competitor for Germany and a 5-time US National Championships competitor and Jr. World competitor for the USA. Jennifer competed in the 1994 Olympics reaching 9th place, which was the best placement a German team had ever accomplished at that time, allowing 2 teams spots on the Olympic Team for the next Olympics.

As a Coach & Choreographer, Jennifer has coached ALL Levels & Disciplines: from bunny hops to triple lutz & from Moves In The Field to Ice Dance & even Pairs/Adagio. She has an intense passion for Choreography which has enabled her to travel both Nationally & Internationally to choreograph programs for skaters that have competed at Sectional, Midwestern, Jr. National, U.S. Nationals, European & World Championships; as well as taking her own students to US Junior Nationals in both singles and dance disciplines. Jennifer also worked as the Lead Choreographer for 2 seasons of “Dancing On Ice”, which is a seasonal televised program that airs Internationally in Germany, Switzerland & Austria. During this time, she helped to create over 100+ skating programs and group numbers in just 2 and a half months, and even performed & commentated, in the German language. 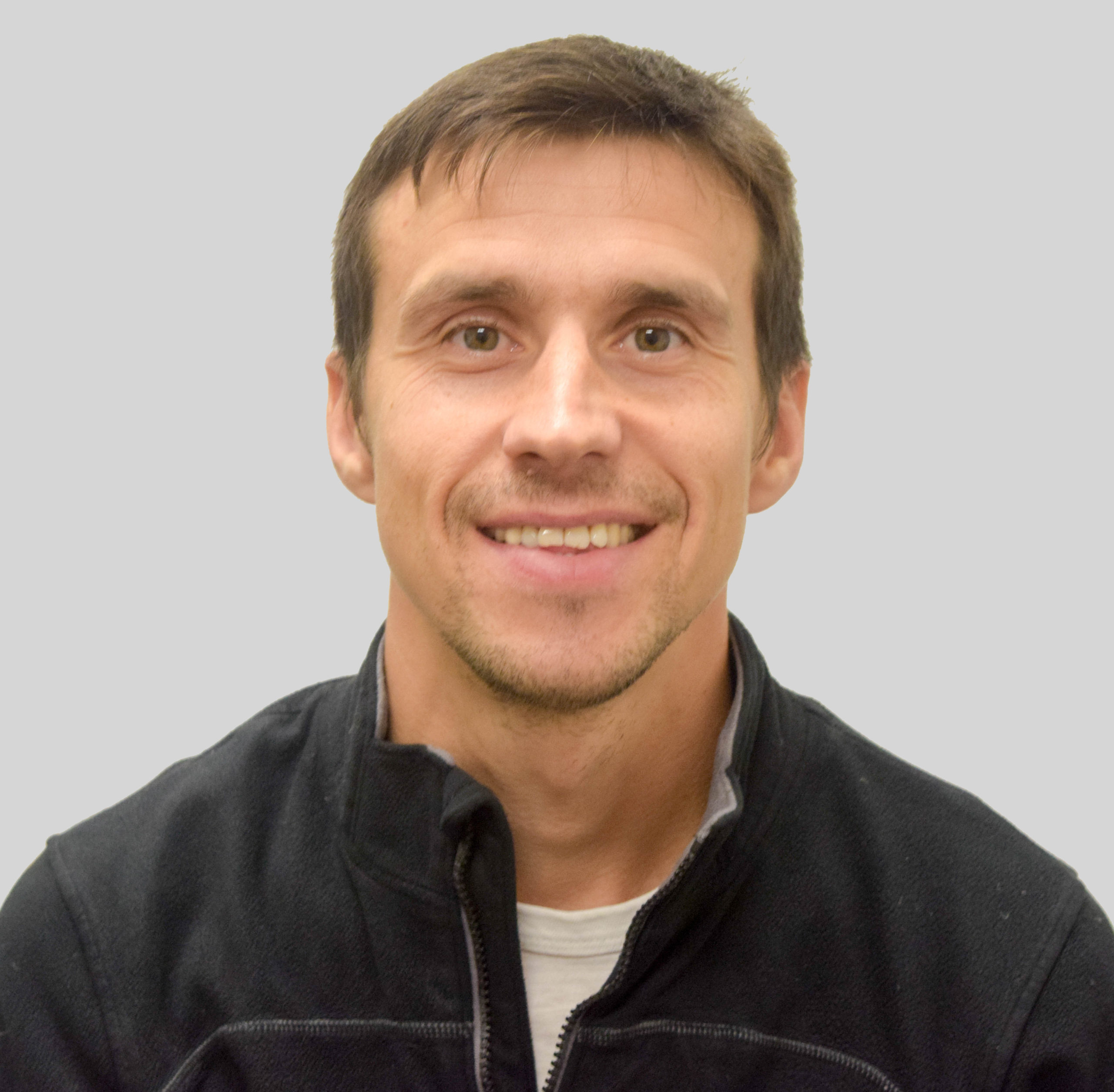 He is a 2 time Olympic, 7 time World, and many times International competitor. He has 13 years teaching experience and has worked with National, International, World and Olympic skaters. He is a U.S. Junior National and Sectional level coach. He has a Bachelor’s Degree in Physical Education. He is available to teach all ages and levels in Figure Skating and Power Skating. 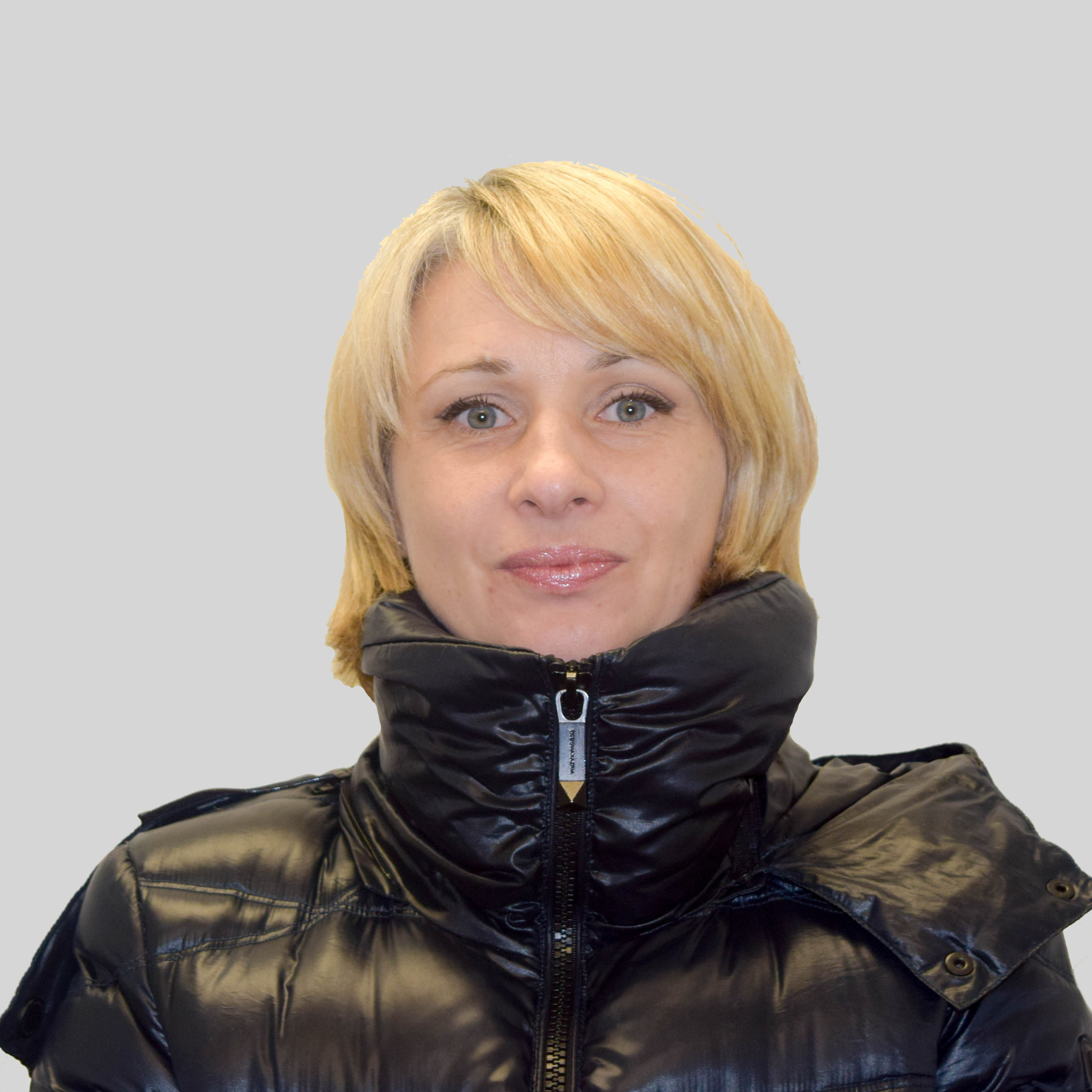 Nataliya graduated from the Kiev University Of Physical Education and Sport with degree In Figure Skating. After graduating, she was a principal skater in the Ukraine Ballet on ice, Cypress Gardens Ice skating show, Steve Wheeler Production, Willy Bietak Production. She has 10 years of coaching experience. She choreographed programs for national and international skaters. Nataliya specializes in teaching skating skills, Moves in the Field, choreography, spins For all levels. She is a member of PSA and USFSA. 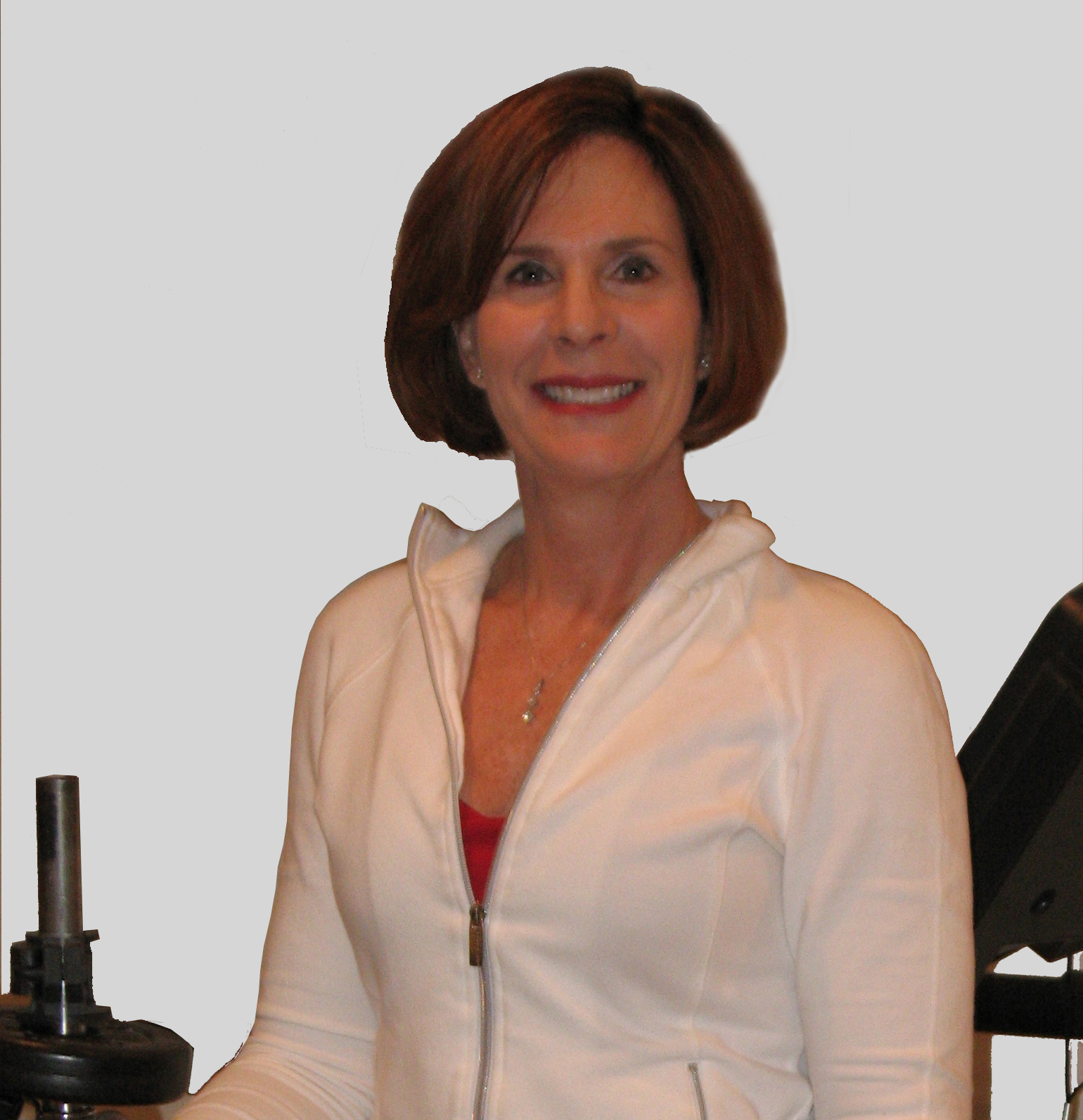 Haruka began skating at the age of 6 in Kyoto, Japan. She is a 3-time JGP competitor and 5-time Japanese National Competitor in Junior and Senior Ladies. While on Japan’s National team, Haruka won the JGP Baltic Cup. In the United States, she trained at the World Arena in Colorado Springs under renowned choreographer Tom Dickson and former Olympic competitor Catarina Lindgren. She has a Bachelor’s degree in Health and Sports Science from Doshisha University. She performed with “Disney on Ice” as a principle skater and worked under Japan’s Olympic coach Mie Hamada as an assistant instructor, responsible for instructing students, selecting and editing music, and choreographing Novice and Junior programs.